Check out our reviews

Our large, 25 year old, tarmac driveway was breaking up in the frost and also flooded whenever it rained hard. We asked James Cash from First4Paving to fix the drains and to lay a new block paving driveway. First4Paving did a wonderful job.

They started by investigating our current drain and found it was a bodge job by the previous builder, it was flooding because there was nowhere for the rain water to drain away to. To rectify this, James’ team dug out a new, deep soakaway and then laid a new drain right across the driveway to capture all the rainwater and direct it into the new soakaway.

Meanwhile they were removing the old tarmac driveway and laying a good foundation for the block paving. This was well compacted and levelled with sand, ensuring it all sloped towards the new drain. Edging stones were also cemented into place.

Then came the big day when the block paving went down. I don’t think I’ve ever seen a team of builders working so hard, with one guy (who was obviously a specialist) laying the blocks at a rate of almost one a second, while others were working hard to keep him supplied with piles of new blocks every few metres. It looked like real back breaking work but they all kept at it with hardly a break until all the blocks were down. Even though they worked fast, it was quality work with the the blocks all correctly aligned and level.

The driveway already looked great but they then removed a few of the blocks to replace them with ones of another colour, this created a double diamond pattern in the centre of the driveway which was a great finishing touch that all the neighbours have commented on.

The First4Paving team were a great bunch of guys who worked extremely hard in all weathers. They all knew what they were doing and were obviously very experienced. We’ve had a few downpours since the driveway was laid and it no longer floods and countless neighbours have admired the driveway. We are very pleased with the work are happy to recommend First4Paving Ltd. 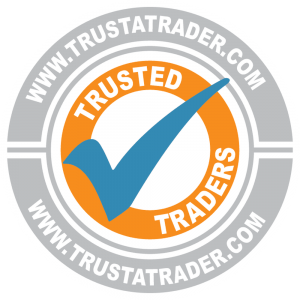 Talk to us before you decide:

Our Price Promise To You
If within 7 days of placing your order you find a lower price quote,using the same quantity materials, design, installation and at the same specification with the same guarantees - we will refund the difference.